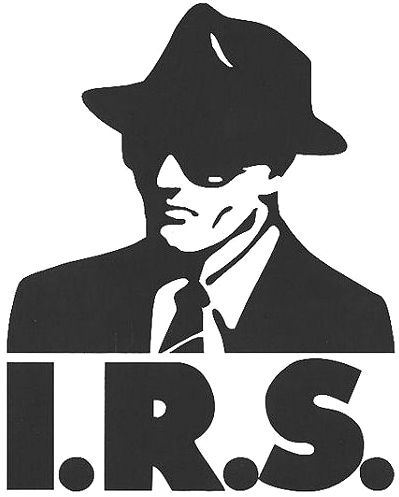 The Next Logical Step for the IRS

In light of recent events exposing the IRS’s special scrutiny of conservative applicants for non-profit status, is it so much of a stretch to imagine them hip-deep in the gun control issue?

They have already amassed an impressive data base of names, addresses, e-mails, phone numbers, annual incomes, number of dependents and occupations. Because they have to approve all applicants for 501(c) status, they now have a data base of political donors to conservative causes and the membership lists of conservative organizations.

Considering the arrogance of IRS officials who recently testified before the Congressional committee, I would not put it past them to have already begun construction on a national data base for registered gun owners.

Soon, they will be able to determine which gun owners earn the highest income, and target them for any test litigation. Or they can simply show up in our neighborhoods

in some of those neat, black armored troop carriers the Department of Homeland Security owns, and take our guns away. At gun point. Ironic, huh?

We gun owners are used to being diligent. Our Second Amendment rights have been under attack since the Roosevelt administration. (Franklin, not Teddy.) Many groups and individuals over the years have voiced their opposition to guns, and since everyone on the planet is expected to think and act like they do, have demanded that guns be outlawed.

But in a larger sense, the gun control issue has illustrated the main difference between liberals and conservatives. Conservatives think. Liberals feel. Conservatives recognize the dangers in an unarmed society where only those who ignore the laws are armed. Liberals feel that it would be wonderful if we all danced around in a meadow in the sunshine, full of love and camaraderie for our fellow man. They don’t get that prancing around in a sun drenched meadow makes a hell of a target!

Conservatives believe that Americans should stand on their own two feet and earn their own way, asking for nothing from the central government. Liberals feel that everyone would be happier if all the wealth in the country was gathered up and divided amongst the poor. After the IRS takes its bite, of course.

We must be ever vigilant, my friends, for they mean us harm. We must actively guard against any intrusion on our right to bear arms, and we must do so vociferously, legislatively, legally. We do not wish to wake up one morning and find ourselves subjects of the Democratic Department of Homeland Security.

Remember what Machiavelli said: “Among other evils which ‘unarmed’ brings you, it causes you to be despised.” I don’t know about you, but that just doesn’t feel right me.

[This article was first published in the May, 2013 issue of The Firing Line, the newsletter of the Nevada Fire Arms Coalition. Rick Ainsworth is its editor. His article is reproduced here with permission of the author and of the NVFAC.]

(The author's opinions are his own and don't necessarily reflect the opinions of FirearmsForum.com, it's owners or manager.)