forum home > articles home
The .380 for Self-Defense
by Mark Freburg

Some folks in our forum read my message board comments on my Taurus 738 TPH and concluded I've become a .380-for-defense fan.  It hasn't happened.  And it won't ever happen.

I bought that Taurus 738 on a whim for a steal of price perhaps ten years ago.  Even if I slip it in my pocket as a de facto back-up (I don't) and leave home with it (never have), the fact remains that I still believe the .380ACP is not a good choice as a self-defense cartridge.

I do drop the little pistol in my pocket at home on occasion (I've proven it for reliability and accuracy), because I may be more than a half dozen steps from something 9mm or bigger, so I suppose circumstances could someday require me to attempt to put a .380 round up someone's left nostril. It will not be because that is my desire, it will because a better gun is, horror of horrors, some distance from me, you can rest assured.  I'm hoping and praying the scenario I mention never plays out.  I believe the odds of it are infinitesimal.

Enough of that. Let's discuss those who leave home with a .380 as their primary armament, there are legions of them.

So let's get serious, my friends. Here is the first problem. The vast majority of armed citizens who have chosen to use a .380 for self-defense have also chosen a commensurately small pistol to carry.  In fact the size of the pistol usually drives the choice of caliber. Granted, many of the small pistols being sold today are, increasingly, micro-9mms rather than .380s, but most of the really small guns are still .380s.  Small pistols (in any caliber) are much harder to shoot well than larger pistols, and if you can't shoot it well you have just pushed the odds in your opponent's favor.

That's point one, point two is that the .380 is often chosen just for being a .380, gun size being secondary. Since the majority of modern .380s are indeed quite small, the end-user selecting a .380 for caliber still ends up with a small pistol. See point one.

Okay--I'll interrupt my narrative to address those who want to jump in and correct me by informing that there are some larger--for .380--pistols out there today, available new. The M&P .380 Shield EZ from S&W, the Browning 1911 in .380, the Slovenian Grand Power .380, etc.  Not big,  but bigger.  And of course many used pistols abound, such as the Beretta 85F.  I don't like to carry older and/or used pistols, but I know many of you out there will choose to carry older, surplus pistols.  But let's leave that discussion for another time.  (This article is mainly for newer shooters, many without the skills to verify the shootability of an old, used pistol.  After all, a pistol is being asked to protect your life.  Choosing one should not be taken lightly, or based on cost.)

Let's examine choosing the pistol based on the cartridge, in this case .380ACP. People think .380s will be easier to shoot because they will recoil less. Well, maybe. A locked breech .380 will recoil lightly, if not too small. A blowback .380 will not, and most of them are blowbacks, even the larger ones.

Locked breech: The pistol's slide is mechanically locked at the time of firing, often by a cam or wedge that moves into interlocking parts.  This keeps the action closed until gas pressure from the firing cartridge is reduced enough to allow recoil to mechanically unlock and open the action.  It reduces felt recoil.

Blowback: The action is never mechanically locked, it simply stays closed from the recoil spring pressure, and the cartridge firing opens it.  This works fine for small cartridges, but the larger the cartridge the more the felt recoil.

Incidentally, those blowbacks compensate for not having a locked breech by having very heavy recoil springs, meaning the slides are often quite hard to rack. Simply choosing a .380 over a 9mm because one perceives him or herself or the person for whom they are buying a pistol as somewhat infirm is a mistake from the get-go. A pistol is always a personal purchase and each decision should be considered on a one by one basis. Gun writers and gun salesmen rarely tell you that because they are treating you as a statistic.  If there were not two other supremely valid reasons not to buy a .380 for defense, the reason of unpleasant recoil in a blowback model (most of them) is a great reason not to buy one.

So what's the final reason for not buying a .380 for self-defense?

.380 apologists will tell you that they have looked at the stats and a .380 is "not that far behind a 9mm", or that they have looked at "one shot stop"1 statistics and .380s have stopped attackers X% of the time.  This is all wishful thinking at best.  I call it  rubbish.  Ballistic gelatin is great as a test tool but it is a homogeneous concoction and a human being is not homogeneous, we are flesh and bone and muscle, with organs both resilient and fragile.  Results in ballistic gelatin must be equated with a perfect shot into muscle.  Even so, ballistic gelatin does NOT show the .380 as "not that far behind" the 9mm, it shows it as right at the edge of failure in most cases.

Right at the edge of failure sounds harsh but it's factual.  Does the .380 ever work?  Yes!  But the shot must be perfect and the target must be "cooperative!"  Consider that we humans, even the bad guys, are a psychological machine and we react to pain--or we do not, depending on our mental state, OR our physical state.  You cannot predict who might attack you in that deserted parking lot or who may break into your home.  To depend on a gelatin tests is always a bit risky.  Use them as good advice but realize that the attacker is not a chunk of gelatin.2   .380s are not sufficiently reliable in stopping a determined, drugged or drunk, or physically tough attacker from his attack before he maims or kills you.  If you think I'm picking on .380s, please understand this in context--no handgun is completely reliable as an attack stopper.

You owe it to yourself and your loved ones to carry the most gun you can handle well and shoot accurately in order to survive a violent attack.  A .380 is simply too great a compromise.

I just mentioned accurate shooting above.  Yes, your shooting is a huge part of this as well.  How much do you practice?  In an attack, you'll likely shoot much more poorly than you would when on the range with plenty of light, plenty of time, and no stress, compared to the massive stress of someone trying to kill you.  You might shoot about half as well as you do on the range.  (Police and FBI data confirm this.)  Psychological impairment is normal under this sort of stress.  Do you want to equip yourself with one of the poorer choices in self-defense calibers for this sort of encounter?

The .380 for self-defense: too-small guns that inhibit our ability to shoot well under the stressful condition of a violent attack, unpleasant recoil in the typical blowback .380 for the typical non-shooter who chooses one for defense, and substandard ballistics that cannot be counted on to reliably stop the attack of a violent aggressor even if one's shooting is not lessened by the stress of the situation and psychological impairment.

Notes:
1. The concept of "one-shot stops" cannot be intelligently quantified, as the data in anyone's studies is hugely lacking--where was the victim shot, what was his mental condition, what was his physical condition, how many times was he shot, which shot arrived first, second, etc.; at what distance was he shot  for each round, what shots hit bone, what shots hit major organs, what shots hit muscle, what shots merely hit fatty tissue and perhaps passed through and through, was the target small, medium size, large--none of this can be boiled down to remotely useful "one shot stop" statistics.  Counting on this is a huge mistake.  People have been shot with .44 Magnums and lived, shot with .22 rimfires and fallen dead--but this tells us nothing in the long run except for the unpredictability of handgun shootings.
2.  When reading about test results in ballistic gelatin, please remember that the permanent wound cavity results should be your only real interest.  Some "studies" also list and even emphasize the temporary cavity, which is the area around the permanent cavity which expands and instantly contracts at the moment of the bullet's passing.  Understand that the vast majority of the human body can withstand this temporary cavitation with no damage or simply bruising, thus paying any attention to it in gelatin results gives a false idea of a bullet's wounding capability.  The only exceptions to the uselessness of a temporary cavity is when the bullet goes through the very few fragile human organs such as the liver or pancreas, which are indeed far less able to stretch and retract like other organs and of course muscle.  These organs are likely to tear upon being stretched--but this is a rare exception to the basic uselessness of temporary cavitation results.  Notice but don't count on them as significant.  Normally they are meaningless.  (I'm speaking of handgun bullets here--rifle bullets are an entirely different topic and outside the purview of this commentary.) 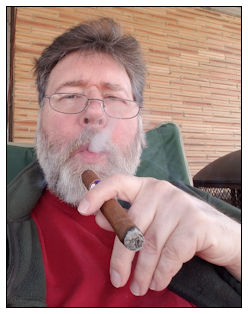