I read a lot of firearms industry reports because I'm interested, because I feel like it behooves me to do so as forum manager here, and because I want to be able to have intelligent conversations with people I meet--especially those who get most of their information from social media. I don't believe social media is always a complete source of facts. Or sometimes, facts.

This interest, and seeing an industry report on indoor range use, led me to write this editorial.

I want to gripe about how the formal firearms community has renamed the AR15 the "modern sporting rifle." You see this in use everywhere in firearms officialdom from the NRA on down. For example, in that recent NSSF report they identified firearm use this way:

"Semi-automatic handguns were shot by 96 percent of those who visited an indoor range last year. Revolvers were used by 66 percent of shooters and modern sporting rifles by 41 percent." (emphasis added by me)

It is an issue because it sounds as if we are trying to HIDE from the truth that we buy, collect, and use AR15 rifles. This in turn strongly suggests that there is, in fact, something inherently evil about AR15 rifles, and that our political enemies have been right all along--we should get rid of this evil among us.

By using "modern sporting rifle" we are not only being disgustingly politically correct, we are also playing right into the hands of those who believe there is something inherently evil with a firearm, an obviously inanimate object.

If they are harmless among law-abiding citizens--which you and I know them to be--why can't firearms officialdom just call them what they are? Are they ashamed of them? If they truly are mainstream, and they are, then let's just quit pussyfooting around the name and call them AR15s, or just ARs.

Most of you know that in ANY casual conversation almost everyone calls these rifles "ARs." It may actually be an AR10 type instead of an AR15, and once we get into specifics we find it has a company's specific branding on it, but the first word out of almost everyone's mouth is "AR."

The point is, NO ONE CALLS IT A MODERN SPORTING RIFLE. That is simply a public relations line meant to pacify our political enemies, and it demeans all of us to play this game. 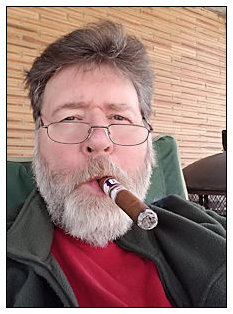