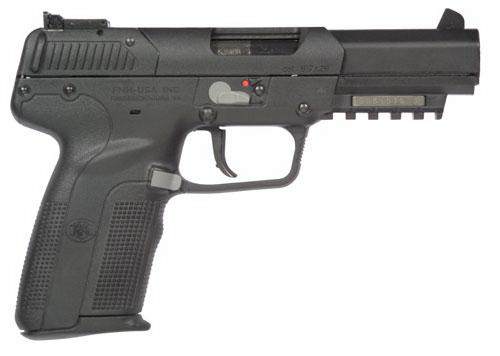 Description: "FN's newest contribution the handgun's evolution is named the Five-seveN®. This 20-round pistol fires a 5.7mm bullet that will defeat most body armor in military service around the world today. Essentially, the Five-seveN® represents a quantum leap forward in the handgun's suitablity for close engagements by delivering the type of performance that was previously confined to rifles or carbines." Uploaded: 9/14/2007 by Mark Freburg