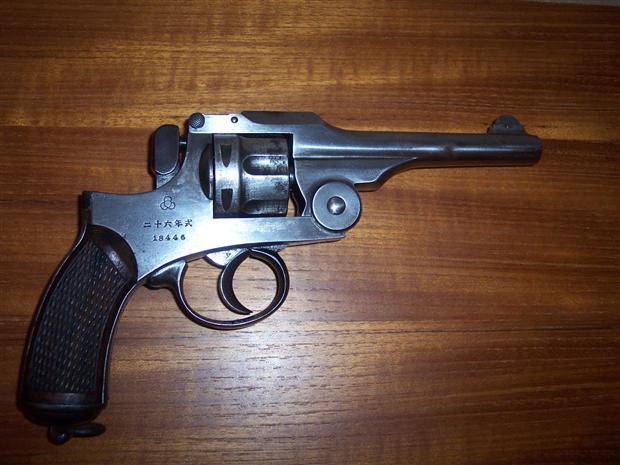 Description: The Type 26 is a double-action only, break-open type revolver introduced in the 26th year reign of Emperor Meiji (1893). It was still in use in 1945. A little over 59,000 of these revolvers were produced. It incorporated several different features of the time from different revolvers, the swing open grip of the Rast-Gasser, the break-top of the S&W No. 3 (which this replaced), and some feature of the Nagant, which I cannot say as I am still figuring this one out. It's chambered for a proprietary Japanese 9MM cartridge similar in ballistics to the .38 S&W cartridge. Uploaded: 5/7/2009 by TJ Parmele