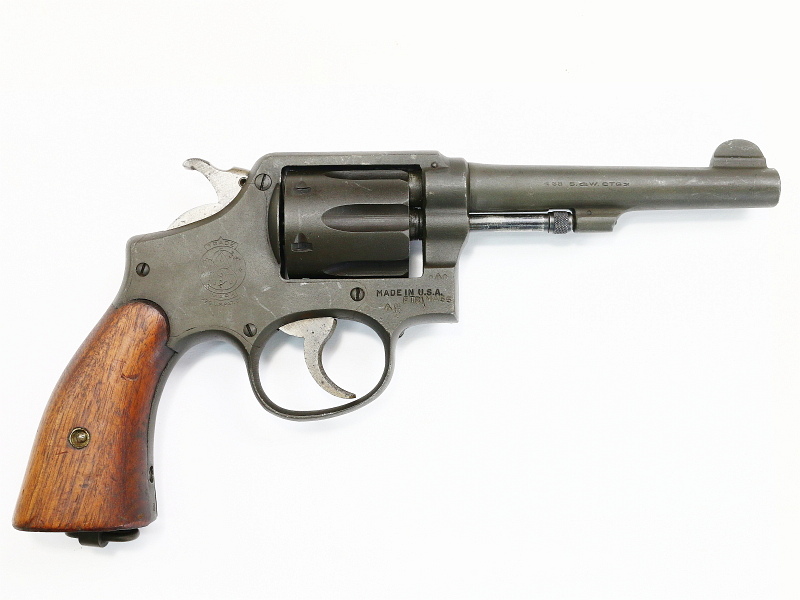 Description: Smith & Wesson WWII "Victory" Revolver. Serial number is V prefixed for the "Victory" series of the Model 10 military and police revolver produced during WW2 and exported during the Lend Lease program. Chambered in 38 S&W or as the British know it, 38/200. Americans used a 148gr lead bullet in .38S&W, a commercial round here. While the British originally used a 200gr lead bullet in the 38/200, a military round there, this was changed to jacketed when the lead bullet was seen as expanding and thus inhumane according to Hague Accords standards. Quite silly, I think. While in fabulous shape for a WWII veteran, this revolver was FTR'd (Factory Thorough Repair) in 1955 and was so marked on the frame. This can be seen by enlarging the right side view of this photo. Very desirable as this was strictly military arsenal work. Uploaded: 11/28/2019 by Mark Freburg

Camera/Image Info
Camera Make - CanonCamera Model - Canon EOS 70DLens - EF-S18-55mm f/3.5-5.6 IS STMF-Stop - F/9Shutter Speed - 1/20 secFocal Length - 26 mmISO-400
Comments on this Image: (Be first to comment.) You must be registered user and logged in to comment.
Login or Register and you will be returned to this image page.