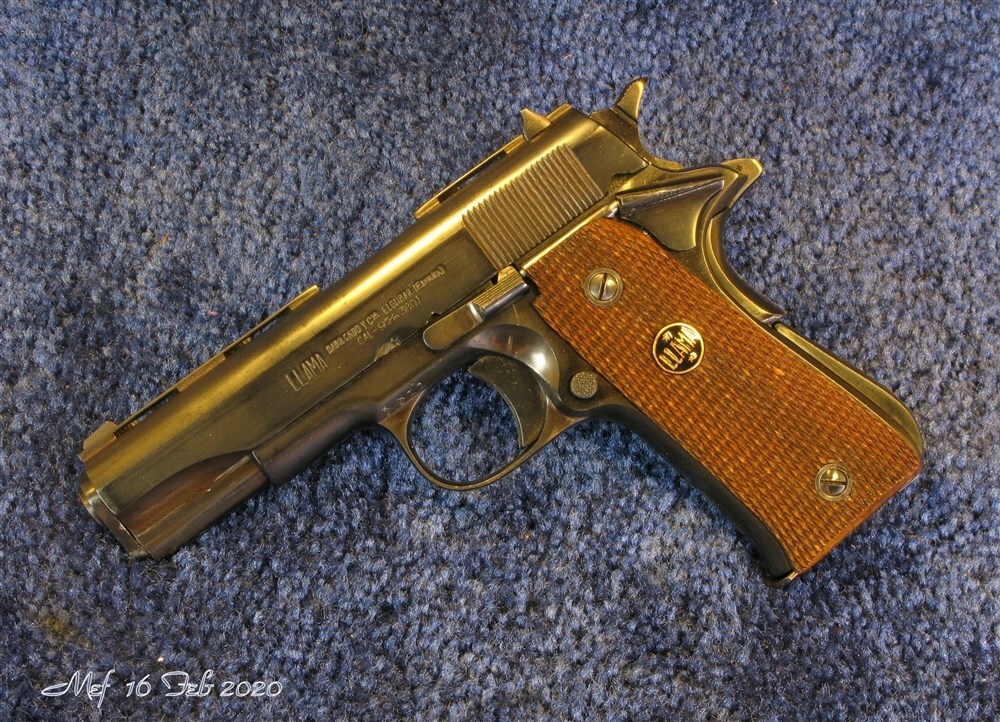 Description: My Llama Especial, basically a Llama IIIa, in caliber 9mm Corto, or .380ACP. Mine is in very good condition, and shoots quite well. I have one original magazine and two aftermarket spares I bought back in the 90s. Surprisingly, the spares work perfectly too. The Llama is a perfectly scaled down 1911, complete with locked breech operation, though models made in later years were blowback operation.   (Mine was made in 1966).  The 7.62 or .32ACP versions were always blowback, as were the .22LR versions. Obviously locked breech .380 guns mitigate recoil over blowback .380s. Uploaded: 2/16/2020 by Mark Freburg

Camera/Image Info
Camera Make - CanonCamera Model - Canon PowerShot G9F-Stop - F/8Shutter Speed - 3/10 secFocal Length - 12.73 mmISO-100
Comments on this Image: (Be first to comment.) You must be registered user and logged in to comment.
Login or Register and you will be returned to this image page.