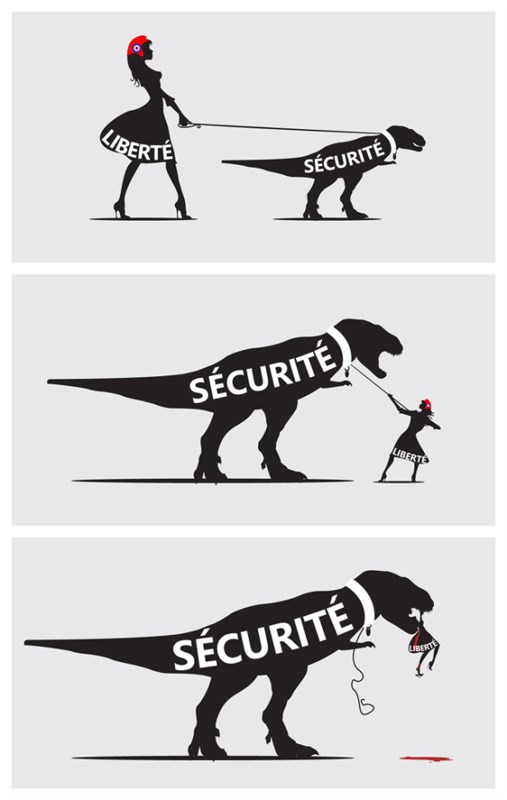 Description: While many will track the concept of liberty (gun freedom) vs security (anti-gun laws mistakenly perceived as security) back to a quote by Benjamin Franklin, that supposed quote did not actually say what we think it said today, but rather "Those who would give up essential Liberty, to purchase a little temporary Safety, deserve neither Liberty nor Safety."  However, Franklin was not really talking about liberty in this case, which you can research on your own.  The fact remains that as a stand-alone concept, giving up liberty or freedom for "security" provided by, usually, the government, is almost always a bad idea.  This French (Canadian?) cartoon says it well. Uploaded: 7/11/2022 by Mark Freburg