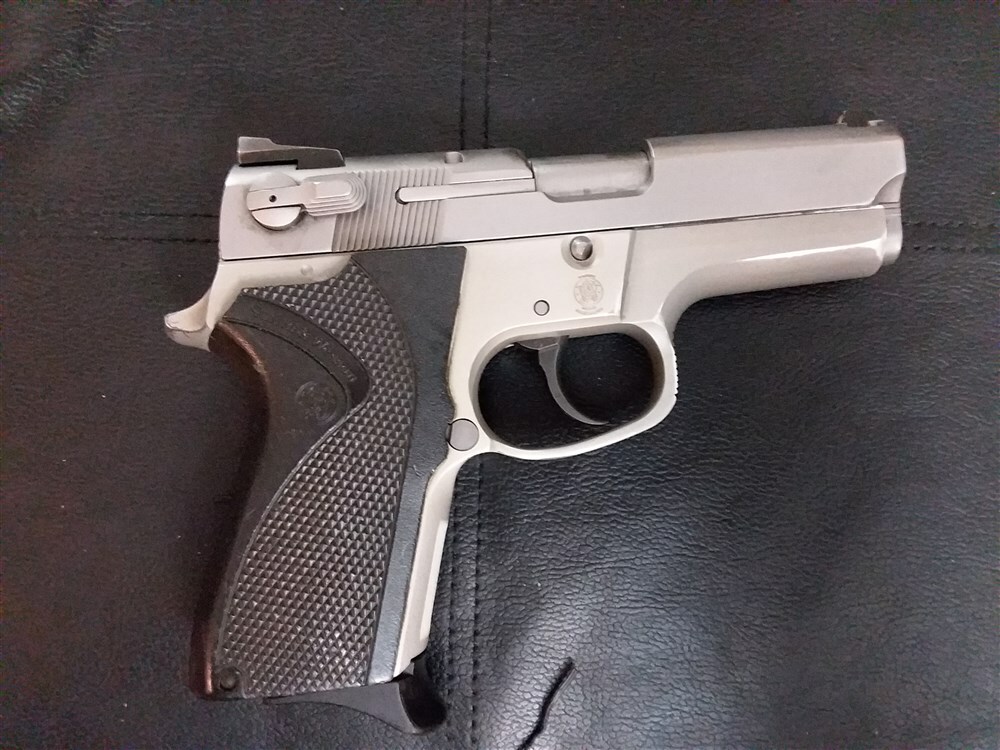 Description: The 6906 is a third-generation version of the S&W 69 series, which were compact 9mm pistols with double-column magazines of 10 or 12 rounds. The 69-series pistols were designed to be small enough for easy concealed carry, but possessed considerable firepower (for the time), making them suitable as service weapons. It supplanted the Smith & Wesson Model 469, but featured some minor refinements. As with the Model 469, the barrel length was 3.5 inches, and the magazine capacity was 10 or 12 rounds.

Camera/Image Info
Camera Make - samsungCamera Model - SM-J727VF-Stop - F/1.9Shutter Speed - 1/15 secFocal Length - 2.91 mmISO-800
Comments on this Image: (Be first to comment.) You must be registered user and logged in to comment.
Login or Register and you will be returned to this image page.