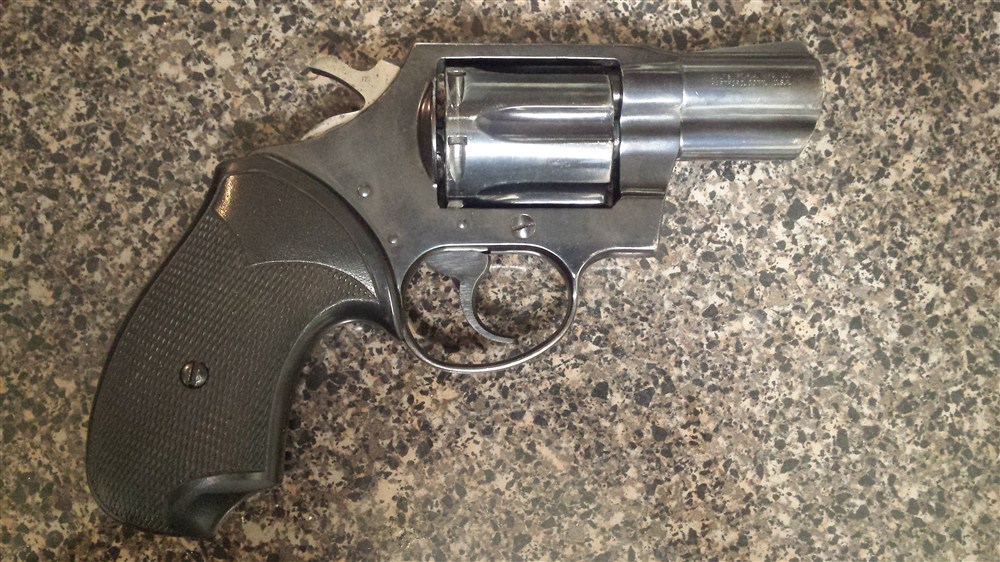 Description: What we have here is a Colt Detective Special manufactured in 1972 according to the S/N "B" Prefix. This puts it near the last of the Second variation phase, which has Detective Special revolvers manufactured from 1947 to 1972. Available calibers were .32 New Police, .38 New Police or .38 Special. Two or three inch barrels were available. Second variation grips were made of plastic from 1947 to 1954 and wood grips were used thereafter. Wrap-around wood grips were introduced in 1966. Mine has aftermarket Pachmeyer grips that are just NICE to hold in the hand.

Camera/Image Info
Camera Make - samsungCamera Model - SCH-I545F-Stop - F/2.2Shutter Speed - 1/15 secFocal Length - 4.2 mmISO-640
Comments on this Image: (Be first to comment.) You must be registered user and logged in to comment.
Login or Register and you will be returned to this image page.