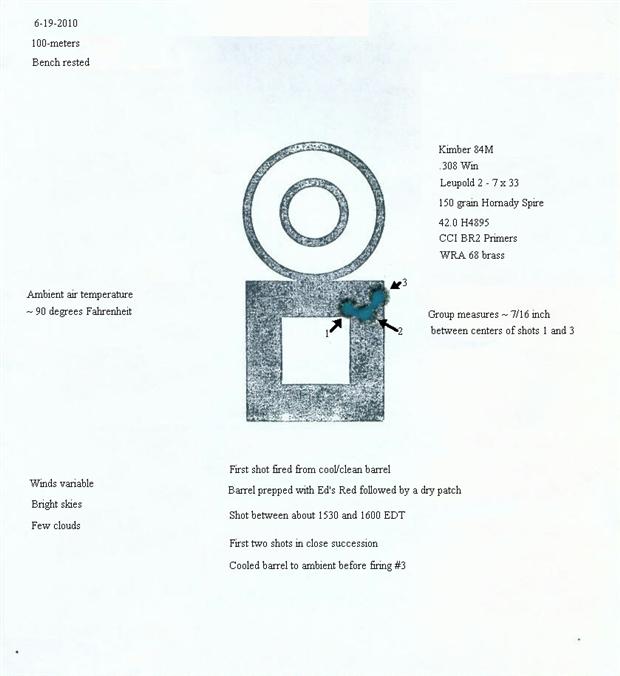 Description: Another group shot with my Kimber 84M Classic in .308 Winchester. The most amazing thing to me is that this ammo was not handloaded specifically for this rifle. Rather it was loaded for a Sauer 200 in .308. I thought I'd see how it would shoot in the Kimber and was absolutely floored when all three rounds were touching. This rifle weighs under 6 3/4-pounds complete with scope. Who'd have thought it would shoot like this?