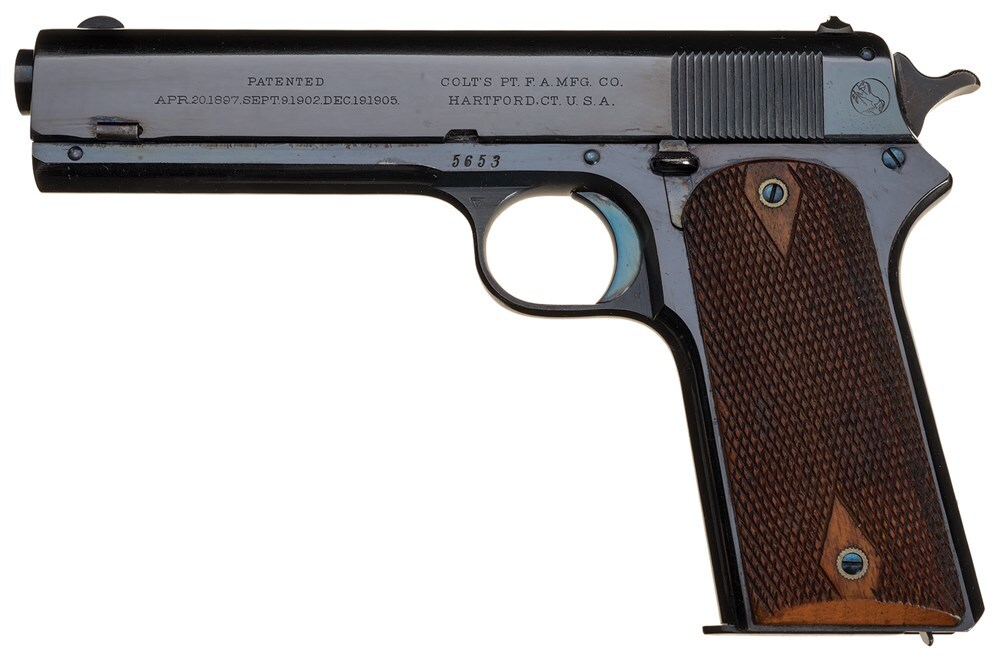 Description: Image Info: Photo from Rock Island Armory.  From Old Colt: The Colt Model 1905 was Colt's first production 45ACP automatic pistol. This model was introduced in 1905 and would be produced until 1913 and a few numbers would ship in 1917. Ultimately the Model 1905 would be utilized for the US Military trials in 1907 and would lay the groundwork for the development of the M1911 pistol.  From me: The Model 1905 was the first pistol chambered for the .45 calibre rimless, later known as the .45ACP.