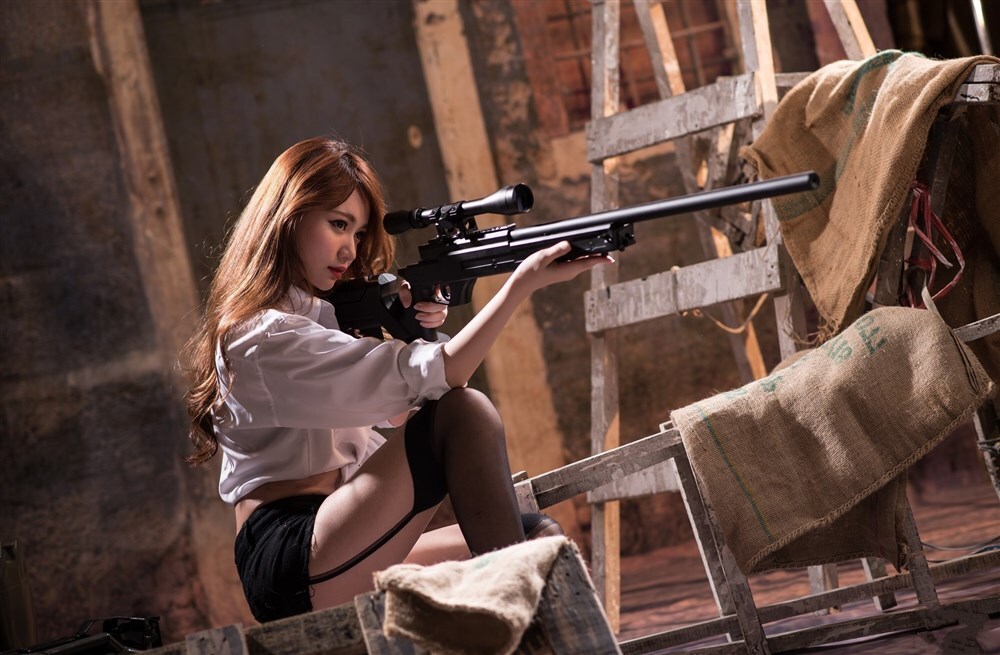 Description: I suspect this is a posed "pin-up" photo.  The outfit is something I don't recall seeing on the range on a frequent basis for one thing, not that I would object should it occur more often.  Also, shooting a heavy barrel target rifle offhand is not practical nor often seen.  Holding a folded bipod under one's hands is not comfortable.  I commend the shooter for keeping her finger off the trigger (as far as I can tell) for the photo, but I do wonder if it was even intentional.  Is she familiar with firearms?  She appears to be left-handed, but at first seemed right eye dominant.  That happens in real life, but you usually notice a more cocked head.  Then I decided she was just "shooting" with both eyes open, very commendable but unlikely when shooting with a scope--usually only the most advanced riflemen and women do so.  Well, it's probably just a pose...

Ahh...suffice to say I looked at this image a bit longer than I should have.