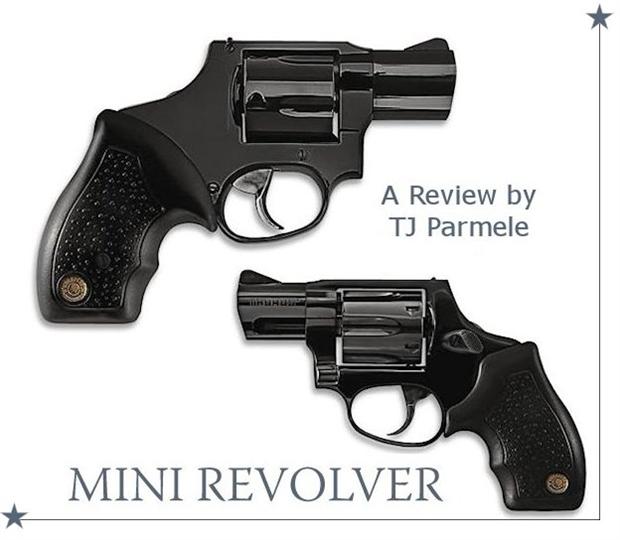 When I first saw this new Model 380 revolver being offered by Taurus (2012 catalog, not a permalink), my first impression was along the lines of “What the heck is Taurus doing now?” Who would want a .380 ACP revolver and what good would it do? The last time Taurus offered a weird oddball revolver that had questionable utility (remember the Taurus Judge?) it became their best selling firearm of all time, launched the introduction of at least three different kinds of .410 bore ammunition, and caused the R&D folks at various manufacturers to smack their foreheads in a “why didn’t I think of that?” moment. So, I thought, this strange little revolver merited a chance to review. Well, as strange things tend to coalesce, I had already started collecting revolvers being offered in auto calibers. They’re odd, but the ammo chamberings aren’t rare or expensive. I’m not exactly sure how Taurus found out that I was getting into them but they did. So I took the plunge and ordered what would become my eighth Taurus product over the years.

Construction and Size Comparison to J-Frame:

I think it’s safe to say that the Smith & Wesson J-Frame 442 is the standard revolver to compare to the M380. Below are the specs pulled from both manufacturer websites, with the cylinder length being measured by me. 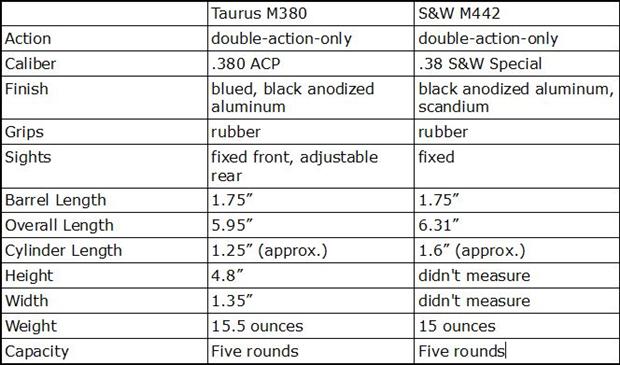 Overall Length is a little longer on the J-frame, almost half an inch and most of that is from the longer cylinder of the 442/642. The weight, in my opinion, is a wash with a ½ ounce less belonging to the J-Frame, Capacity is the same. Taurus also includes 5 Star clips which clip into the extractor groove of the .380 case. The Taurus chamber does allow the case to headspace one the case neck as well and one can load the revolver without the supplied Star clips if necessary. (Taurus' proprietary moon clips are actually called "Stellar Clips" by Taurus, and "stellar" seems more of a reference to the nighttime sky than simply "star." Stellar obviously a play on the generic "moon." But the author used "star" throughout his article and I decided to leave him to his preferred mis-use, along with notifying readers that it was unofficial.

The M380 revolver has a spur-less hammer to assist in streamlining the draw from either a pocket, or ankle carry. The DAO trigger is best described as long and stacky. The trigger pull is fairly smooth and there isn’t any grittiness associated with it, a pleasant surprise. It went beyond the 12 pounds at which my trigger scale stops, but just barely.  I’m calling it 12 pounds and change.  As noted, it does stack toward the release point, which I found useful as a knowledge point of knowing when the hammer would drop.  (Trigger stacking means the weight of pull does not increase in a linear fashion, but increases irregularly as it is pulled, often unpredictably.  --editor) The 442 revolver follows the vaunted and classic Smith and Wesson “Centennial” style where the hammer is completely internal to the revolver. This allows for a higher grip on the revolver and it completely eliminates the risk of snagging. Trigger pull was a smooth nine pounds five oz.

I was actually fairly surprised here. The finish looks neat, there are no loose parts, screws were tight, and there is no gap between the grips and the frame. The blue is nice and even. I haven’t taken it apart yet (no need to as of yet) so I can’t vouch for any internal tool markings that seem to be typical of Taurus Revolvers that I’ve owned in the past. The gun also locks up tight.

I have a total of 150 rounds of .380 ACP through this gun, mostly PMC .380 ACP 95 grain jacketed round nose and Black Hills 95 grain JHP. The gun had no issues with feeding and every round went bang. Extraction was a breeze with the short case and the Star Clips. The cases didn’t stick in the chamber as they have been known to do with the S&W 940. Loading was also simple as the star clips helped align the rounds with their associated chamber. I also found that reloading was much faster than the 442 with an HKS Model 36 speedloader. My only concern is that the Star Clips as provided by Taurus is how THIN they are. They’re thinner than the standard 9mm moon clips used by the S&W 940 and the SP 101 and are rather flimsy.

Felt recoil in this little revolver is MUCH nicer than firing the same round from a .380 semi-automatic pocket gun like the Kel-Tec P3AT or Ruger LCP. It was actually easier to shoot than .38 SPL out of the Smith and Wesson 442. It has comparable recoil to shooting .32 S&W Long loaded to warmer levels. In my first attempt at shooting it, I was able to plant five rounds in a pie plate at 7 yards. This is not exactly a Bullseye gun, except maybe for an expert looking to shut people up, or for someone who doesn’t know what they are doing, but I consider that kind of accuracy satisfactory firing a gun like this for the first time. I also found my groups tightened as I got more rounds down range. The sights are black on black, and I think my groups would improve with a bit of orange model paint, as I found them less than adequate for target acquisition when the target had a dark background. Of course, I HATE black on black sights. I need some contrast, so that’s simply my opinion and my preference and there are inexpensive aftermarket things I can do to change that out.

I didn’t use the absurd adjustable sights at all as that’s simply a waste of time on a gun this small for its intended purpose. I wish Taurus hadn’t made them adjustable but I’m just one guy and I’m certain there are two others who have said “I want adjustable sights with that gun”. That’s simply my humble opinion and cross to bear. I don’t anticipate any velocity loss from the cylinder gap as if this were a primary concern, more revolvers would have done the gas seal thing that the Nagant Revolver did. One would have to be real careful about self defense ammo selection in this caliber as not all .380 JHP bullets will expand. I don’t know which ammunition would expand out of this barrel, but anything like Cor-Bon or Hornady’s Critical Defense where there is the polymer bead/flex tip would be a good choice as expansion is much more likely to happen with this kind of ammunition.

I mainly see this gun as a niche product; the niche I see it filling nicely are as a back up gun (BUG) or for someone who has issues with recoil and lacks hand strength to rack a slide like Aunt Millicent who has arthritis. The lack of felt recoil, the 15.5 ounce weight, the lack of having to rack a slide, and the reliability of a revolver make this a dandy little combination of a tolerable gun to fire with a round that’s been touted as the absolute minimum for self-defense. I wouldn’t use this as a main carry gun unless I really had physical limitations on what I could handle. As a back up gun, I’d definitely consider it. Taurus’s MSRP on this particular model is $430 so realistic prices will probably hover around $350-$380. Not bad as this puts it smack in the middle of the S&W J-Frame category (as of this writing 3/2012). All in all, I am impressed with this little Revolver and I feel that Taurus has a sleeper hit on its hands.

Some photograph's of TJ's firearms: 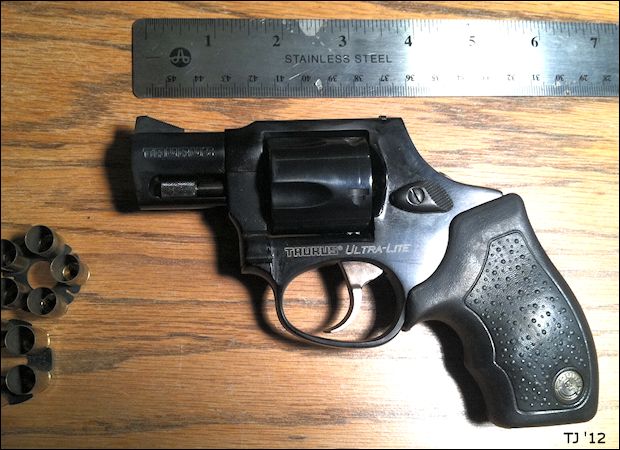 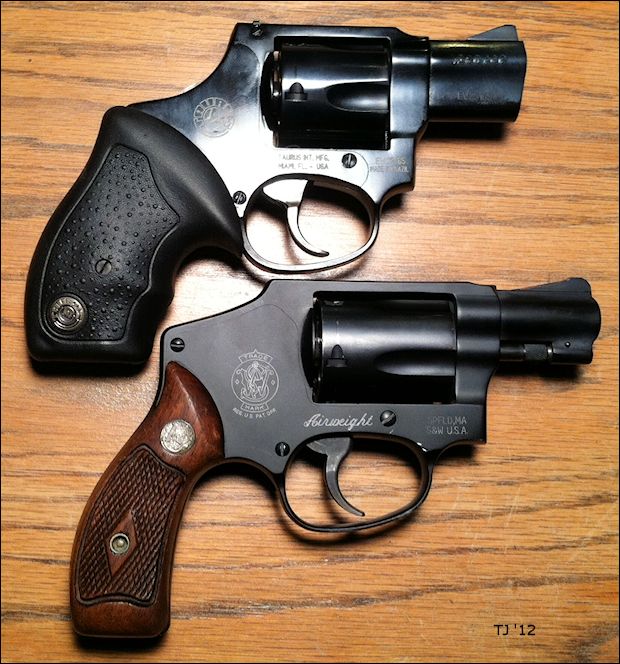 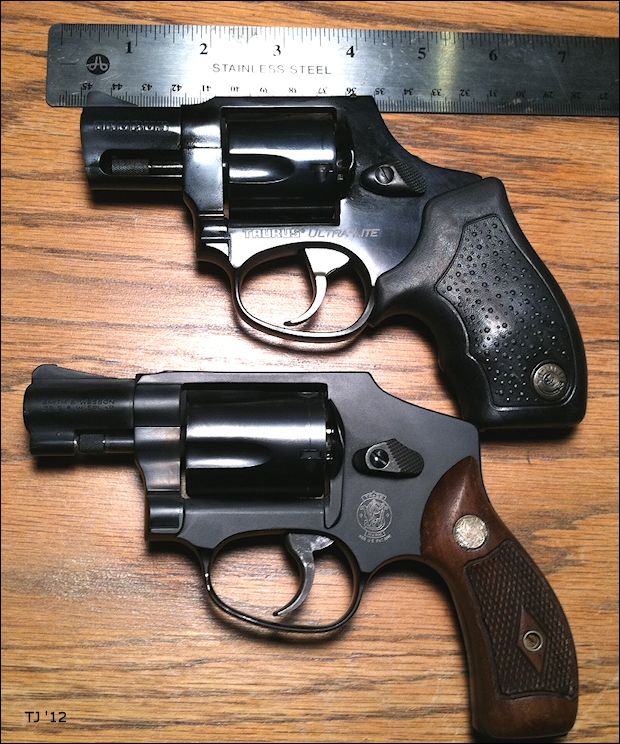 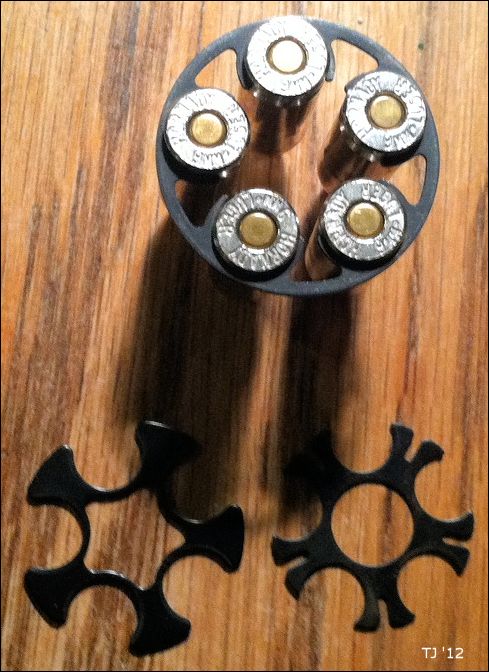 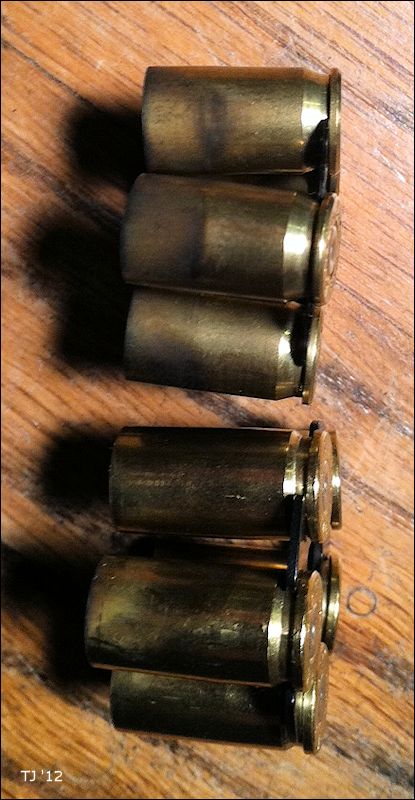 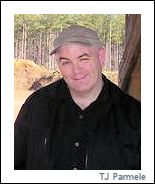 Copyright 2012 by Firearms Forum and the author, all rights reserved